What Are Cryptocurrencies and How Do They Work?

Considered an asset class that is powering the rise of the Web3 digital ecosystem. 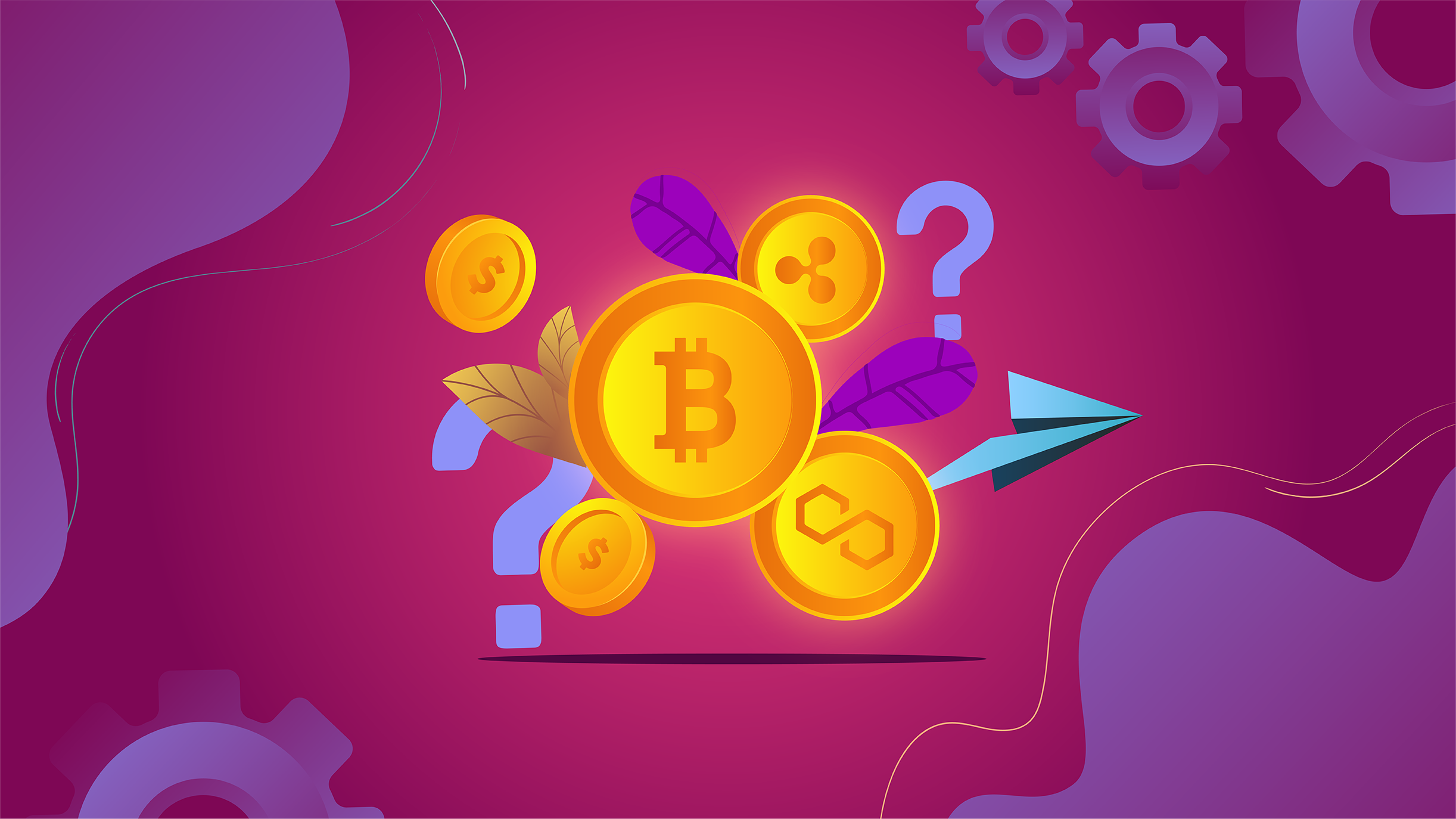 Despite being a mainstream asset class for more than a decade, cryptocurrencies still attract an equal dose of scepticism and awe from investors who have been investing in traditional assets since stocks, bonds and commodities like gold. However, with the prices of most cryptocurrencies rising spectacularly since the onset of the COVID-19 pandemic, an increasing number of investors across the globe have been showing interest in this new-age class of digital assets. In India too, there are more than 115million crypto investors as on June 2022, alluding to the fact that cryptocurrencies have been gaining widespread adoption as an alternate investment class. Let us look at the origins of cryptocurrencies, or crypto tokens as they are also called, the technology that they are based on and understand the different types of tokens in existence today.

Winding back to where it all began with Bitcoin

Back in October 2008 when Satoshi Nakamoto released the Bitcoin Whitepaper, the world was introduced to the concept of an electronic cash system that relied on peer-to-peer transactions, without the involvement of any banks or financial intermediaries. Released in the aftermath of the 2008 global financial crisis that exposed the frailties and exuberances of traditional banks, the paper was Satoshi’s effort towards pioneering an electronic means of transacting and captivating cryptography enthusiasts across the globe. The whitepaper was eventually followed up with the launch of the Bitcoin network in January 2009, with Satoshi mining about 1.1 million Bitcoin (BTC) tokens in the subsequent seven months. Despite the fact that the world’s first cryptocurrency did not have any real economic value during the initial phase, Bitcoin started being traded on online exchanges in 2010 and has returned astronomical returns for early-stage investors in the period since. Eventually, other cryptocurrencies like Litecoin (LTC), Ethereum (ETH) and their like followed, with the current crypto space having more than 9,000 active cryptocurrencies for users and investors to choose from

Understanding the technology that underpins it

While cryptocurrencies have gained immense popularity due to the extraordinary returns generated, it is important for investors to understand the technology that powers their functioning and provides the security that these digital tokens have been touted to offer. Blockchain technology is a type of distributed ledger technology (DLT) that allows the recording of information or transactions on a network of computers in such a way that no one can tamper with the resultant records. Employing immutable cryptographic signatures called hashes to sign every transaction, records are maintained in the form of blocks that are distributed across the network of computers or nodes. This is where the name blockchain comes from, as these blocks are linked with each other and cannot be replaced or changed, without the large network of nodes detecting them.

Cryptocurrencies like BTC are digital assets that are native to their respective blockchain networks and are used for the primary purpose of allowing users to transact with each other and contributors like nodes to be incentivized for their effort. Nodes perform the important task of validating transactions and are rewarded with tokens for every block that is successfully mined. While the initial aim was for these crypto tokens or cryptocurrencies to be used only on the blockchain network, the need to offer ample liquidity required them to be listed on a plethora of crypto exchanges so that users and contributors could encash their tokens for fiat currencies like the US Dollar. Today, the secondary market of cryptocurrency trading has reached a size of staggering proportions, with daily trading volumes surpassing $500billion at the height of the cryptocurrency boom in mid-2021.

Since every blockchain network has a network of nodes to validate transactions, the way in which consensus has arrived distinguishes cryptocurrencies into two broad categories. In the case of Bitcoin, each node has to solve complex mathematical problems to predict the correct hash of each block, being rewarded with BTC for the work performed. This is known as the Proof-of-work (PoW) consensus mechanism and forms the base for cryptocurrencies like Monero (XMR), Litecoin (LTC), Bitcoin Cash (BCH) and even the meme coin, Dogecoin (DOGE). While we will revisit Dogecoin a bit later, it is important to understand that merely having a PoW consensus mechanism doesn’t imply that the native cryptocurrency is a great investment.

On the other hand, the Proof-of-stake (PoS) consensus mechanism requires nodes to stake an amount of the native token with the blockchain network, with validation authority and power dependent on the number of tokens staked. Followed by Ethereum (ETH) before it successfully executed its Merge hard fork in August 2022, the PoS consensus model has been preferred for blockchain networks that have prioritized speed and scalability over security. This isn’t to say that PoS blockchains are susceptible to attacks since a lot of additional safety mechanisms have been employed by PoS blockchains to mitigate any potential malicious attack on the network. That said, PoW blockchains do sacrifice speed to attain the highest level of security and are being slowly passed on for PoS consensus models due to the need for faster, and hence cheaper transactions.

Apart from the difference in the consensus mechanism employed, cryptocurrencies are further classified into different types such as altcoins, memecoins and stablecoins, depending on their primary utility. While all utility tokens or cryptocurrencies needed for the functioning of their blockchain, apart from Bitcoin and Ethereum are considered to be altcoins, they all have similar characteristics to BTC and ETH. The various cryptocurrencies employ different tokenomics and are distinguished by the maximum transactions per second (TPS), the total number of tokens that can be minted, the proportion of rewards provided to their validators, and the transaction or gas fees charged to users of the blockchain network. These cryptocurrencies have been used as a store of value as well as for accessing the services provided by the native blockchain network. For example, if you need to access decentralized finance (DeFi) services provided by the Ethereum Network, the ETH cryptocurrency is what will be needed to borrow or lend capital on the platform. Such cryptocurrencies are preferred when investing and investors would do well to research the utility, use cases and future expansion potential of the products and services provided by the underlying blockchain.

In stark contrast, memecoins like SuperDoge (SDOGE), Dogecoin (DOGE), Shiba INU (SHIB) and many others sprung up as a joke, trying to prove how easy it is to launch a cryptocurrency. While these cryptocurrencies have no intrinsic value since they do not power services of any blockchain network, they are today widely used for speculation, investing and even trading for other cryptocurrencies. Investors should remain cautious when investing in these cryptocurrencies since their prices are determined by investor sentiment and market dynamics, rather than developments made by the native blockchain network.

Stablecoins are the latest addition to the cryptocurrency space and were devised to provide for transaction ease for large investors. Since cryptocurrencies in general are susceptible to volatility, stablecoins like Tether (USDT), USD Coin (USDC), Binance USD (BUSD) and a few others are being increasingly preferred by institutions and organisations that transact or receive payments in cryptocurrencies. With their value being pegged to fiat currencies like the US Dollar using algorithms or by shoring up equivalent reserves of the pegged currency, stablecoins aren’t recommended for retail investors due to the limited upside reward potential. That said, with an ever-expanding Web3 world, stablecoins are most suited for transacting on the various decentralized platforms and could potentially replace currencies like the US Dollar in the near future. 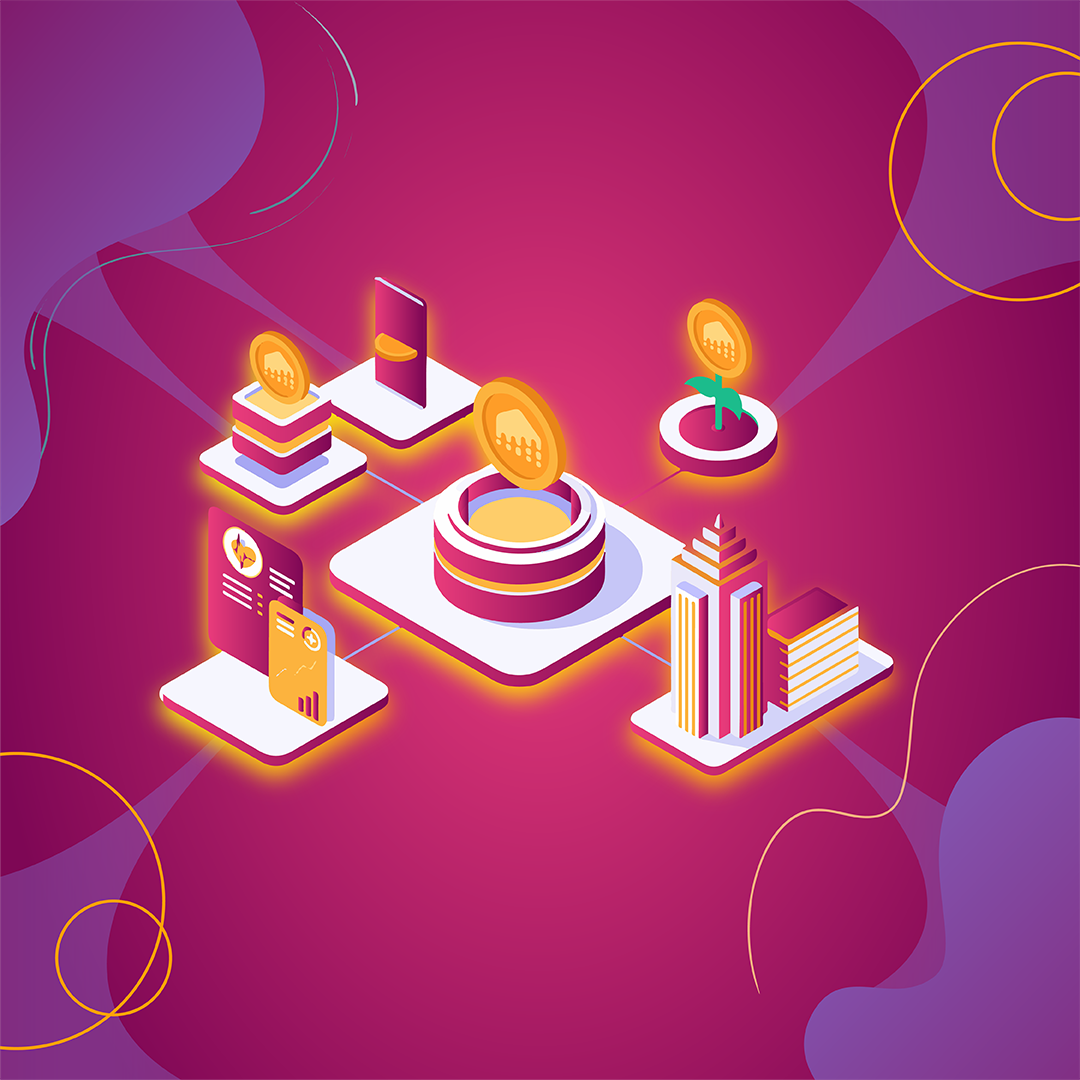 Five Ways How You Can Diversify Your Crypto Portfolio

Cryptocurrencies are a volatile asset class, adopting a balanced approach when investing in them can ensure less volatility. 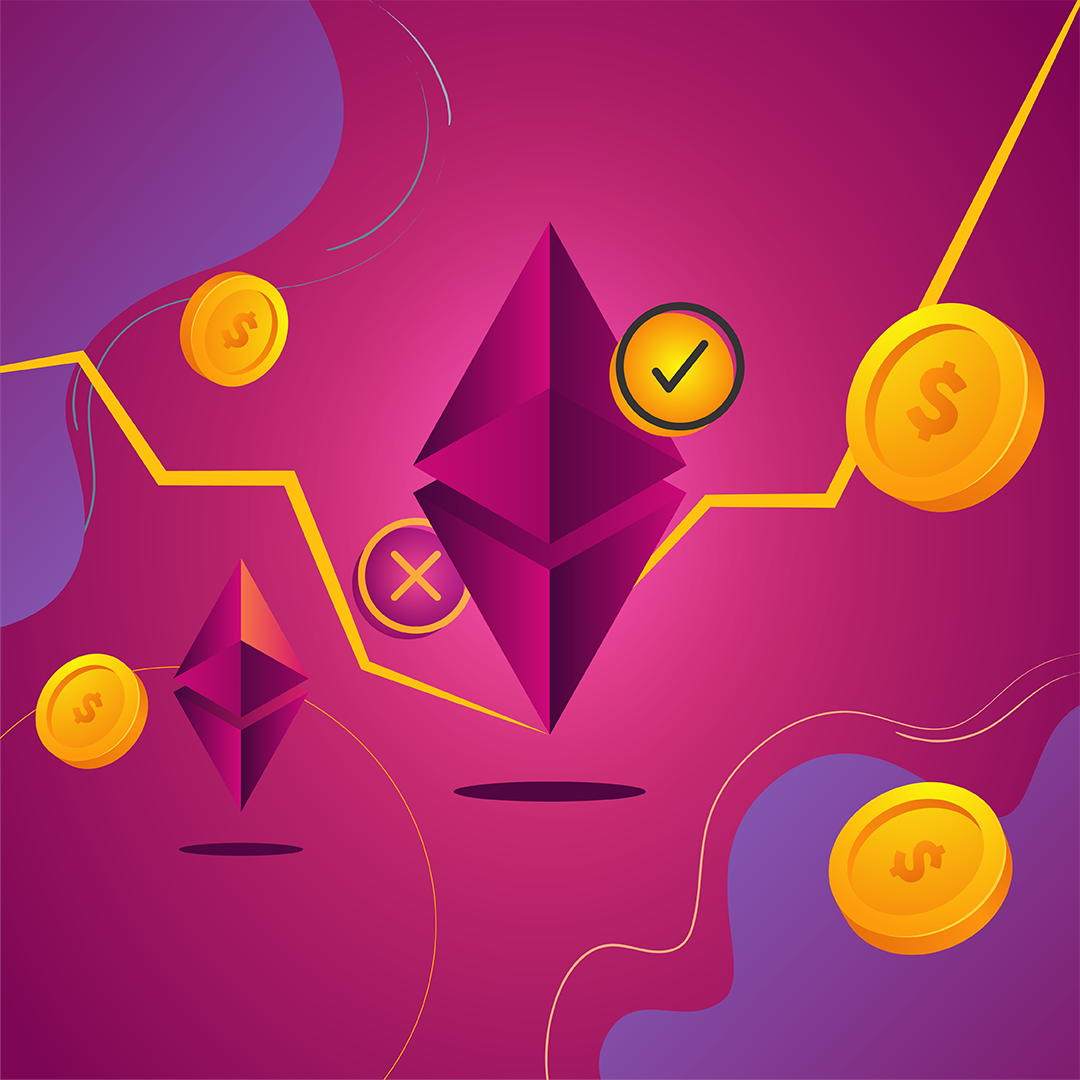 The Dos and Dont's of Successful Crypto Investing

Available on both iOS and Android. 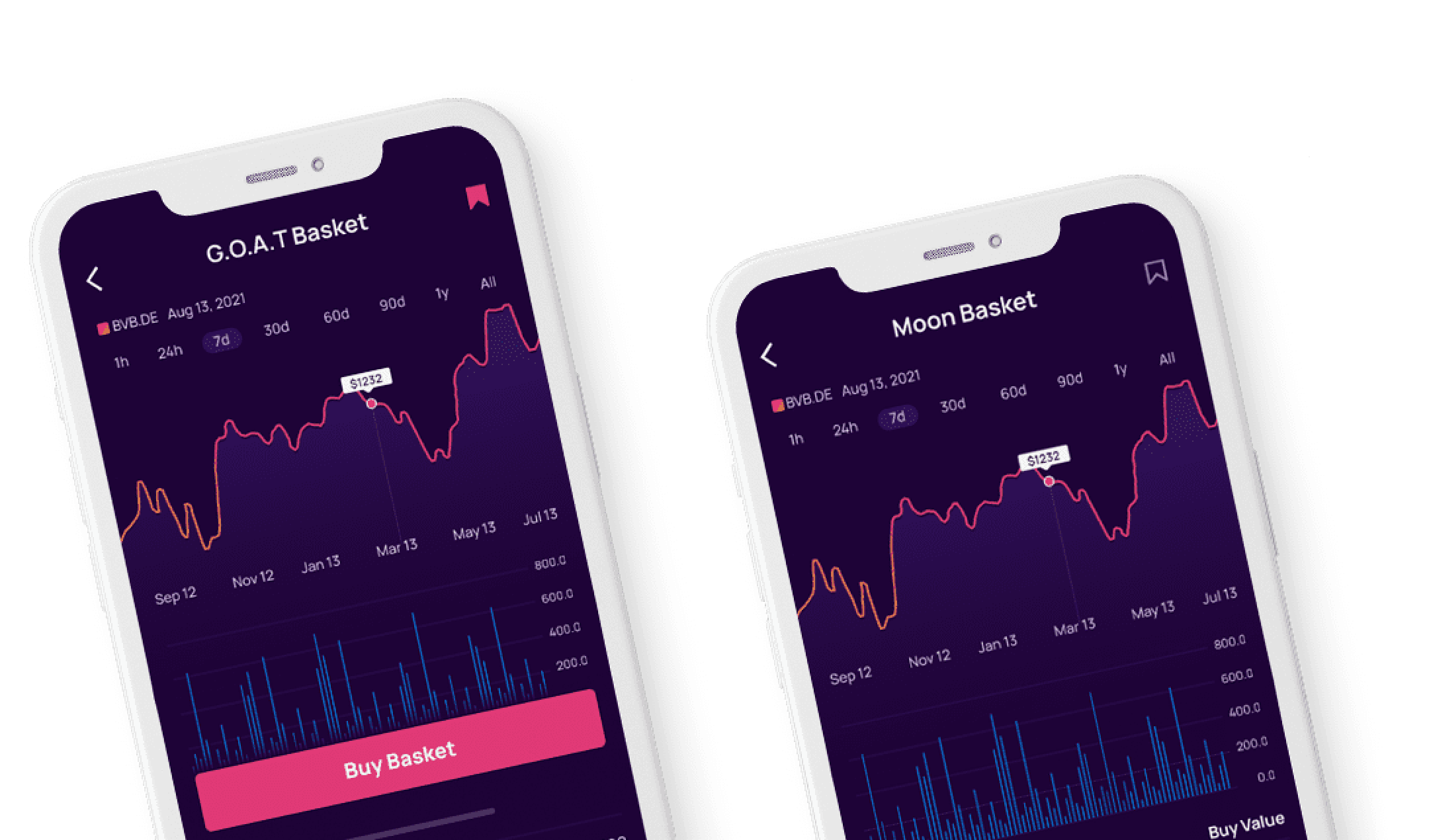